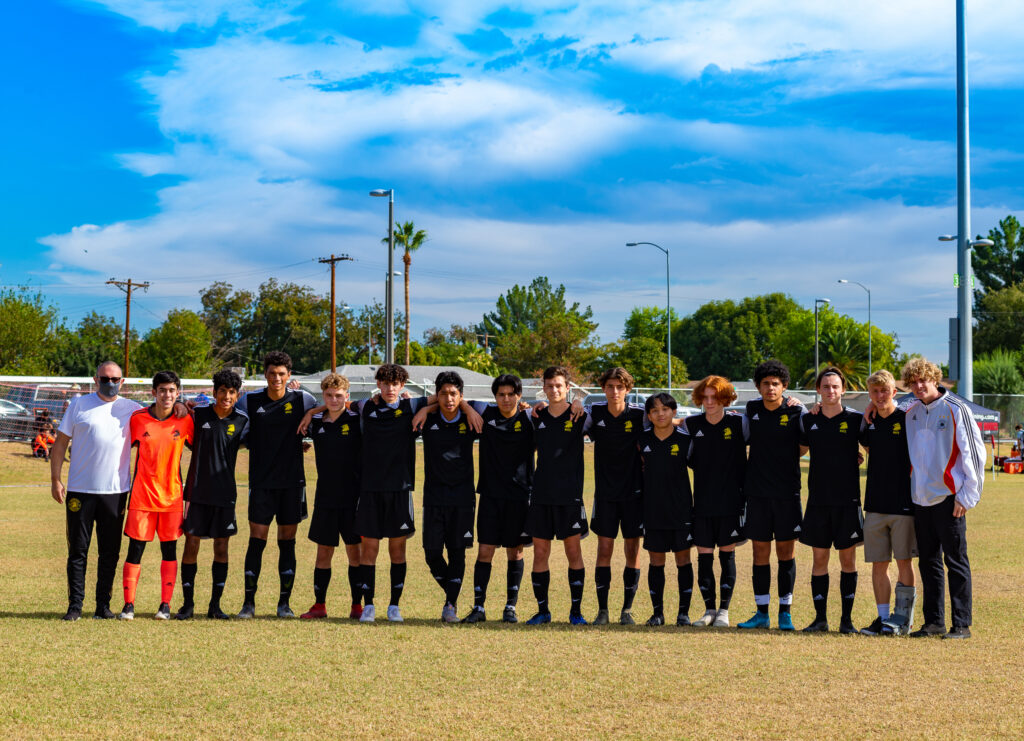 What geographical area do you serve?
We are based in southern Orange County, California. We currently have players from as far south as San Clemente and as far north as Fullerton.

Where are your games played?
The younger players play at our home fields and in the surrounding areas. Older players, 2007 and up, can play games throughout Southern California: Long Beach, Yorba Linda, San Clemente, Irvine, Mission Viejo to name a few. Tournaments have been played in San Diego and San Bernardino locally, as well as tournaments in Nevada, Arizona  and summer sand soccer in Huntington Beach.

Does the cost include uniforms?
Uniform cost is not included in Club Fees.

How many times a week do you practice?
Teams practice two to four times per week, depending on the age. There may be extra sessions at select times.

Are there any special practices or skills clinics?
We offer position-specific clinics at various times throughout the year.

What League do you play in?
We participate in SCDSL, CRL and NPL West and have close relationship with ECNL clubs as well as Salford Schools FA in Manchester to offer our serious players different opportunities to advance.

When is your soccer season?
Our teams practice all year. There are two primary game-playing seasons: regular League play in the Fall, and a shorter season in the Spring.
High School age teams do not practice or compete during the High School soccer season and adjust practices during High School Summer League.

Is there an Academy for Younger Players?
We start our soccer players at U5 - U8 in the Boys and Girls Youth Academies. We have three seasons for this age group: Spring, Summer and Fall.

At U9 we start to form teams to play in the SCDSL.

Players can join MVFC during any season, U5 - U12.

Does MVFC have any additional relationships with outside entities?
Yes. We encourage our players to try out for ECNL. In addition, we take a teams to Salford, England and participate at the Manchester City Academy.

Our Club is a 501c3 non-profit Soccer Club doing business as Mission Viejo Football Club, registered with CYSA South. The BOD meets once a month in public session, the DOC reports to the BOD and presents anything that may affect the clubs position on all issues. There is a Director of Operations handling permits, field issues and all soccer related off field issues.

All soccer related decisions are the responsibility of The Operations Committee, made up of Senior coaches and chaired by the DOC.

Each team has a team coach, supported by a team administrator, our own Registrar, and a highly qualified/experiences Director of Coaching responsible for all coaches and teams.

The DOC is responsible for all coaching issues working closely with the President and chairs the Operating Committee, he is also coaching or hands on with our graduating teams.  Movement of players between teams may still be implemented but any player movement will be to the benefit of the player, not a coach trying to win games.